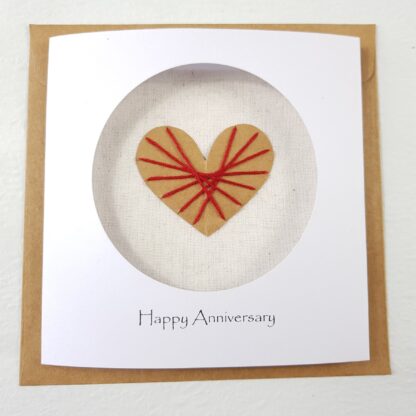 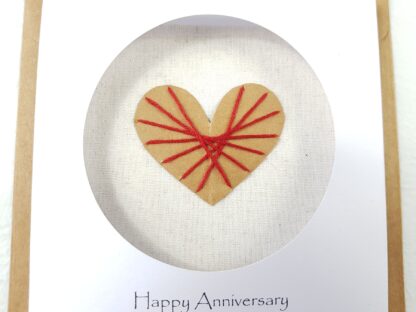 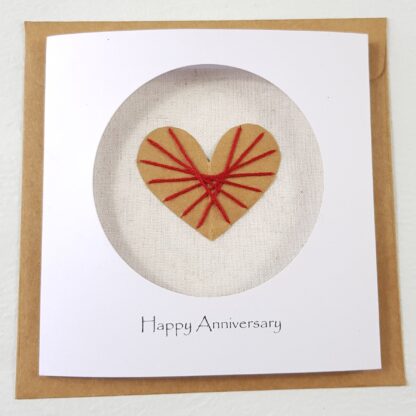 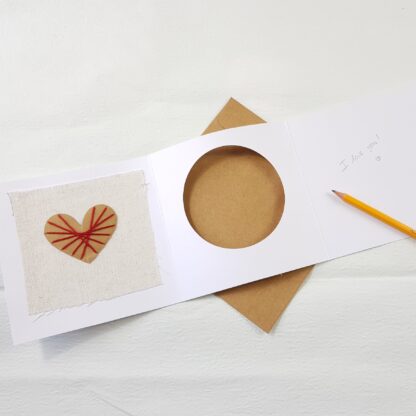 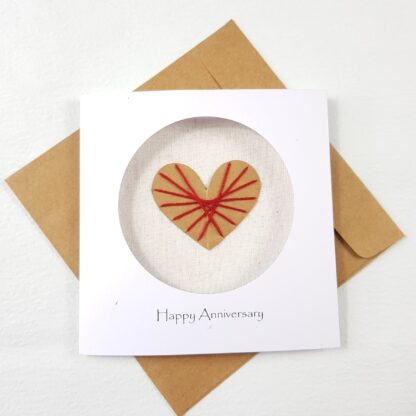 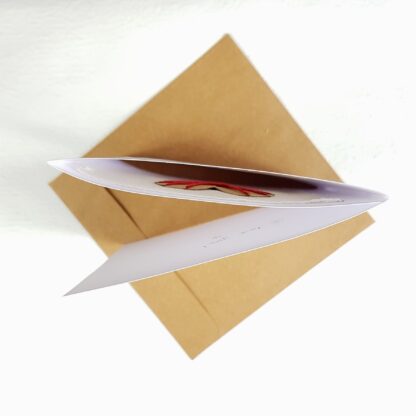 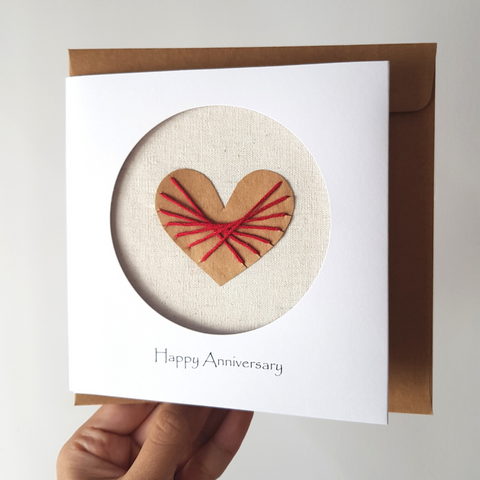 ✔Handmade blank card:  The card is square with large round holes on the outside, showing a heart shape wrapped in cotton embroidery, the background is a square cotton linen cloth glued to the card. Blank inside .