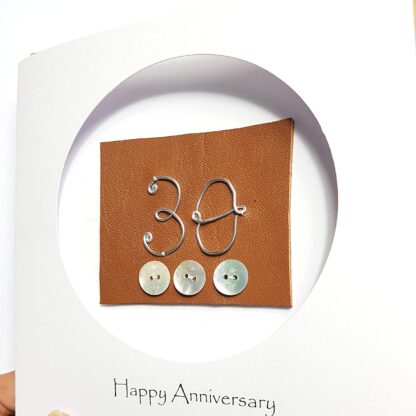 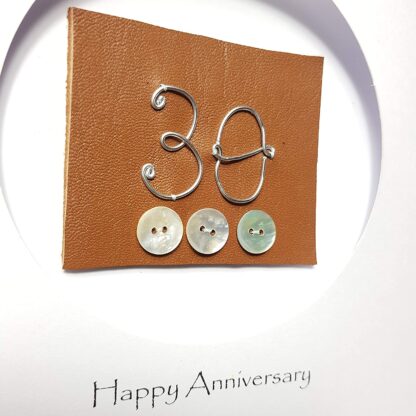 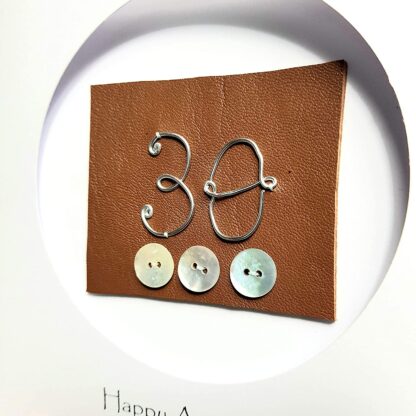 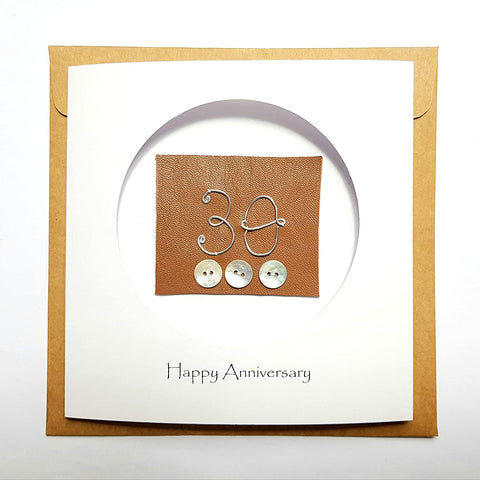 ✔Each card is decorated with the words “30th” made of aluminum wire and three mother-of-pearl buttons which are attached with thread to the leather patch.