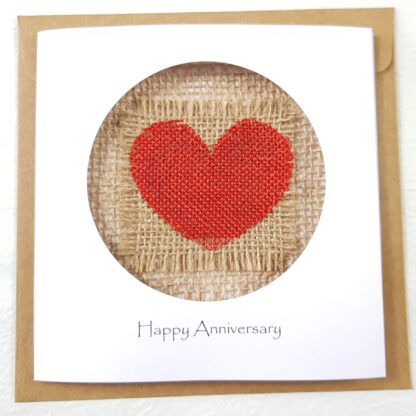 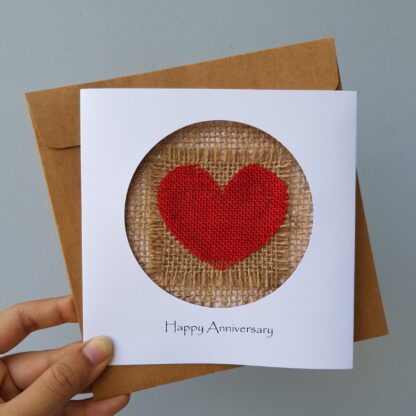 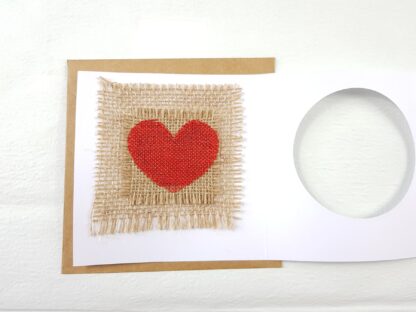 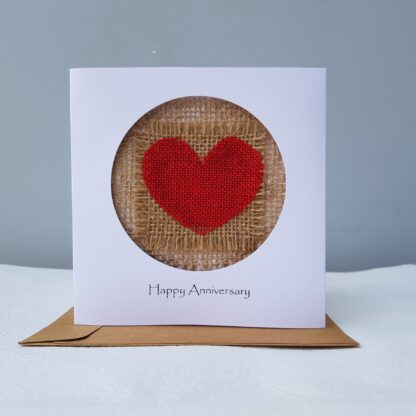 ✔Happy Anniversary Card : 4th wedding anniversary gifts card, 12th year anniversary gifts card
Surprise your loved one with this uniquely designed card. These are handmade cards and they are not exactly the same. Each card is decorated with a hand-cut Red Heart of linen fabric, glued onto 2 layers of linen burlap fabric and glued to the card.

✔This card is 5.5 inches wide, 16.5 inches long, folded into 3. The middle part is a round window. The left part is decorated with linen and the right part is left blank to write wishes. When folded into 3, it forms a square card, 5.5 inches on each side. Linen details stand out in the round window.