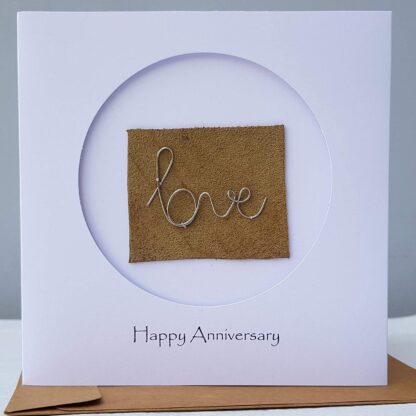 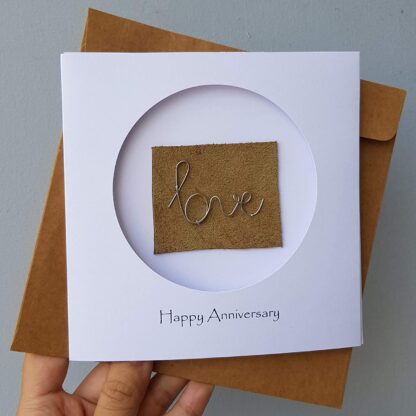 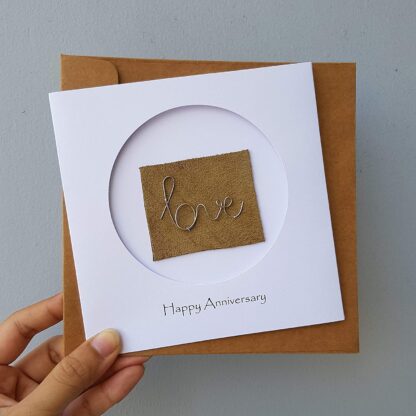 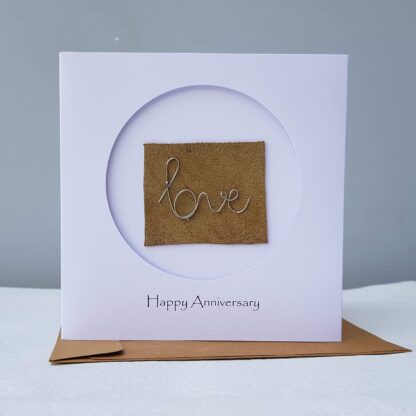 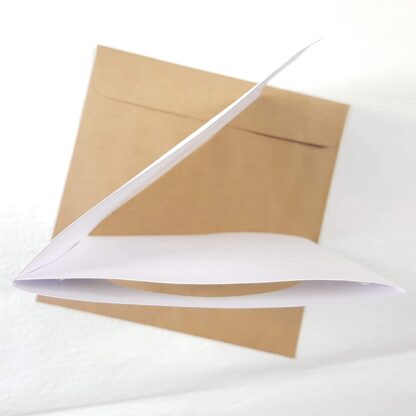 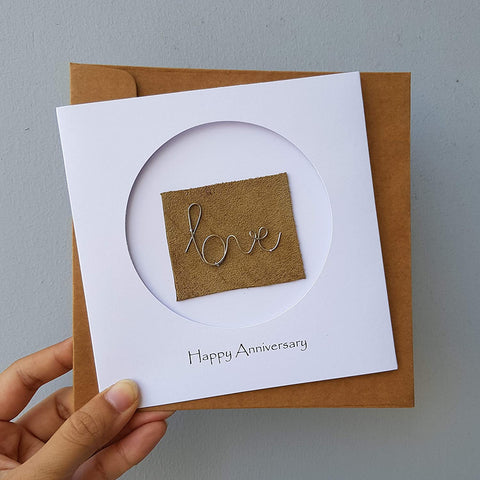 Happy Anniversary card for her or him:
Surprise your loved one with this uniquely designed card. These are handmade cards and they are not exactly the same. Each card is decorated with the words “Love” made of steel iron wire, which is attached with thread and glue to the leather fabric and the leather is attached to the card.